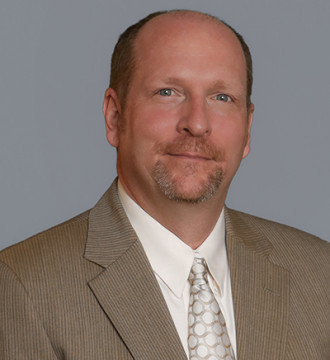 Brad Quine is currently responsible for the daily operations of the company, overseeing its Leasing, Management, Accounting and Tenant Representation assignments. Brad is active in reviewing all collections and litigation for the firm and our clients. He also oversees development of new business and works with a number of retailers and owners representing them in their real estate needs across Texas and Oklahoma.

Prior to entering the commercial real estate business Brad was in the retail business. In 1983 he was hired by K. Wolens, a Texas based Junior Department store, as a buyer of menâs clothing for a sixty (60) store chain. During his time with K. Wolens Brad interacted and directed store management personnel, made buying trips and was responsible for the basic levels of inventory in the retail stores. Â The chain had stores throughout Texas in mostly county seat markets giving him a unique understanding of retail.

Since 1985, Brad has been an active participant in the retail property market, performing Tenant Representation, Shopping Center Leasing, and Property Management Services. Over the years he has brokered deals for such tenants as Family Dollar, Rent-A-Center, and Dominos Pizza. He was instrumental in the first twenty eight (28) Wingstop locations working on sites from the DFW area to Atlanta, Georgia.

In 2001, when Brad took over the presidency of Quine & Associates, Inc., the company managed 47 properties in three states and consisted of about 2 million square feet of retail and industrial properties. Â Quine and Associates, Inc., Â now oversees 132 properties containing 6,900,000 square feet of retail space in two states and has been repeatedly recognized in the Retail Traffic magazine as one of the Top 100 management Companies in the United States.

He has been a licensed Real Estate Salesman in Texas since 1988. Â  Brad is an Affiliate Member of the International Council of Shopping Centers (www.icsc.org) and a member of the North Texas Commercial Association of Real Estate Professionals (www.ntcar.org).

Quine & Associates, Inc., is a full service commercial real estate firm specializing in retail brokerage, leasing and property management with offices in Dallas and Central Texas. Quine has been a leading firm for over 40 years and currently leases and manages over 7.0 million square feet of retail space making it one of the largest in the D/FW area.